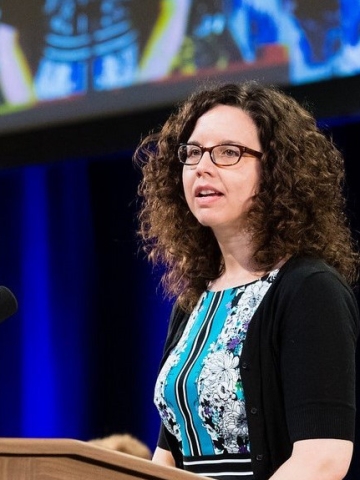 Meredith earned her doctorate in Political Science at Penn and served as a Grad Center fellow throughout most of her academic career. At the Grad Center, Meredith worked in several different program areas, including Personal Development and PhD Student Support, and most notably was the Fellow who developed Dissertation Boot Camp. She also served as a representative on the Graduate Student Associations Council (GSAC), the student government organization charged with representing all Ph.D. students at Penn before it merged with GAPSA.

After graduating, Meredith held a visiting faculty appointment at Haverford College. She then joined the Pennoni Honors College at Drexel University, first serving as Assistant Director and then Director of the Fellowships Office, after which she became Founding Director of the Center for Scholar Development. In that capacity, Meredith worked with partners across the university to offer skills-based workshops, programs, and resources designed to help students make more intentional choices about their educational and professional paths. She has also taught at Drexel, Bryn Mawr, Rutgers and Penn.