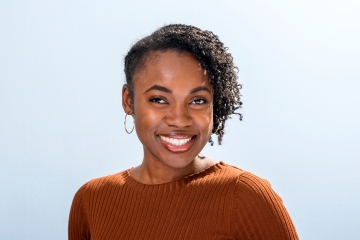 Cienna Davis is a Black feminist community organizer and scholar. She is interested in critical race theory and digital humanities and intends to research the role of digital technologies and new media in the processes of racial identity formation and racial justice activism.

Cienna is originally from Southern California and received her bachelor’s degree in Ethnic Studies and Communications from the University of California San Diego where she was a McNair Scholar. Cienna then lived in Berlin, Germany for six years where she completed her master’s degree in North American Studies at the John F. Kennedy Institute of the Freie Universität Berlin. Her writing has been published in academic journals, books, and newspapers in the US, Germany, and Switzerland.