Congratulations to the recipients of Penn’s 2020 graduate student leadership awards!  Each year, the University honors student leaders who are graduating from Penn with two awards: President & Provost's Honor for Developing New Initiatives in Graduate & Professional Student Life and the Dr. Andy Binns Award for Outstanding Service to Graduate and Professional Student Life.

Each of these honorees has volunteered their time to improve life at Penn for their fellow grad students, and our campus is a better place for their efforts.  Read more about these students' contributions and the awards they received below. 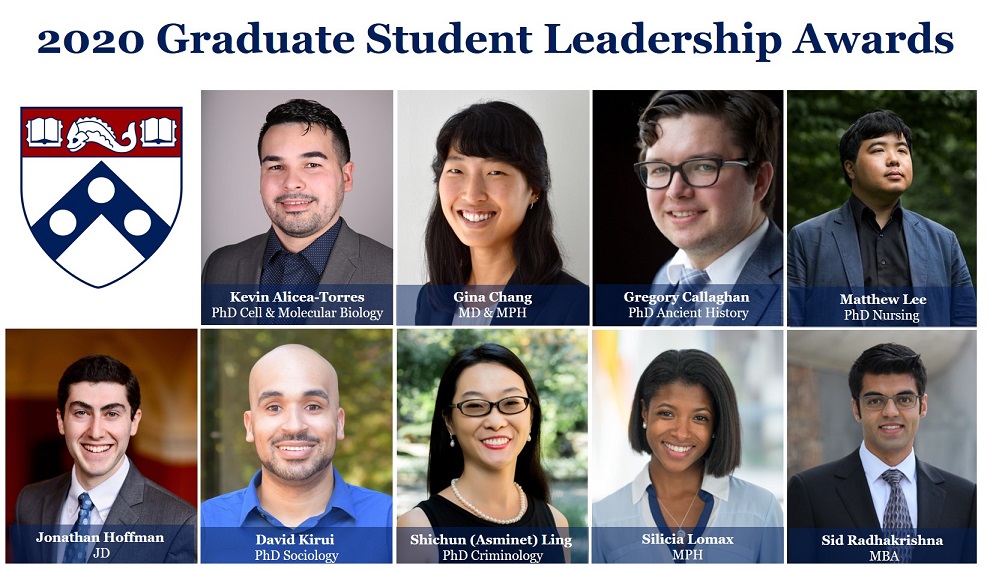 This award is presented to students who have initiated lasting new developments that have enhanced graduate and professional student life at Penn. This year, four students are being recognized with this award: